Freedome VPN by F-Secure does not work to unblock websites in China. The VPN uses highly secure AES-256 encryption, but doesn’t include any form of obfuscation. This means China’s Great Firewall can easily identify and block your VPN traffic. If you’re looking to bypass heavy internet censorship, we recommend avoiding Freedome VPN.

Need a VPN that works in China? Here are our five top picks for 2022

Over 10,000 of the world’s most popular websites and online services are blocked by the Chinese government.

Travelers, expats, and citizens are banned from accessing all of Google’s services along with many major social networking sites such as Facebook, Twitter, and Instagram. This sophisticated system of internet censorship is often referred to as the Great Firewall of China.

Typically, the most reliable way to bypass these restrictions and enjoy normal internet freedom is to use a virtual private network (VPN).

In February 2018, however, the Chinese Communist Party introduced a nationwide ban designed to block VPN use within the country. Now, only the best VPN services are able to bypass this aggressive censorship.

Freedome VPN is a simple application released in 2013 by Finnish cybersecurity corporation F-Secure. We rigorously tested it to find out if the VPN works to unblock restricted content in China.

We found that Freedome VPN isn’t reliable for use in China or any other highly-censored countries like Iran, Russia, or Saudi Arabia.

Freedome’s tiny VPN server network, lack of obfuscation tools, and invasive logging policy make it useless as an anti-censorship tool. To bypass censorship in China, you’ll need to use one of these tried-and-tested VPN services.

China has introduced increasingly restrictive measures to try and prevent the use of any VPN service that isn’t explicitly whitelisted by the government. This includes all foreign-owned VPNs, such as F-Secure Freedome.

Here’s how F-Secure Freedome performs in each category:

Why Should You Use a VPN in China? 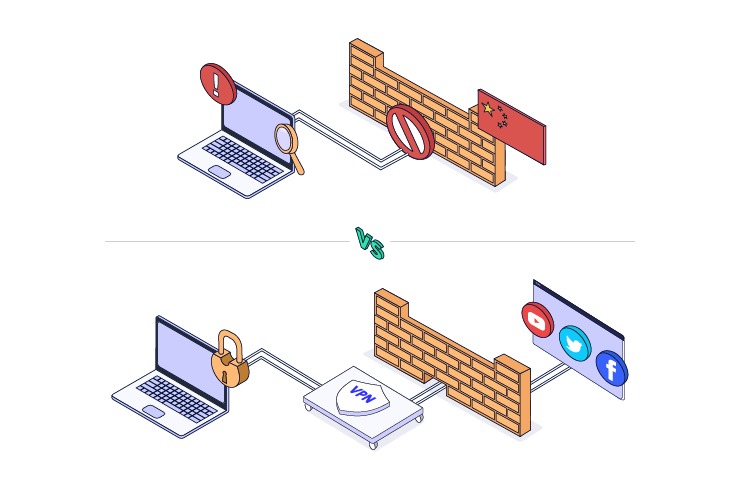 Almost every government censors the internet in one way or another, but China has one of the most restrictive and technologically advanced censorship regimes in the world.

Each year Chinese citizens enjoy less and less internet freedom, especially since the government clamped down on the use of foreign VPN services.

Here are a few of the most important reasons why you should consider using a VPN in China:

The Great Firewall doesn’t only affect Chinese citizens; every internet user within the country’s borders experiences the same level of censorship.

For tourists and expats, this makes it very difficult to keep in touch with friends and family abroad as most Western social media sites are banned, including Facebook and Twitter. Popular instant messaging apps, such as WhatsApp, are also blocked.

Even many local websites are blocked, particularly if they are seen to be critical of the ruling administration.

To implement the Firewall, the Cyberspace Administration of China uses a collection of advanced blocking techniques. These include blacklisting the IP addresses of specific websites, diverting traffic with DNS spoofing, keyword filtering, and deep packet inspection (DPI).

A good-quality VPN will allow you to circumvent these restrictions by encrypting, obfuscating, and diverting your internet connection. You’ll be able to use the internet as though you were physically located in the country where your chosen VPN server is based.

2To Protect Yourself from Surveillance

Every internet user in China lives under the shadow of intensive government surveillance.
If you access the internet through a safe and reliable VPN that works in China, all of your browsing traffic will be encrypted and obfuscated. By choosing a VPN with a strict no-logging policy, you’ll be able to completely hide your tracks. The Chinese government and any other snooping third-party will be unable to spy on your online activity.

It is worth remembering that using an unregistered VPN to circumvent the Great Firewall is against Chinese law. If you get caught you can be fined. Although they are still relatively rare, fines can reportedly reach up to 15,000 yuan (around $2,200).

For this reason, it’s extremely important to choose a VPN that can guarantee not just connectivity, but also privacy, anonymity, and security. You should do thorough research and only trust the very best VPN services for use in China.

Is It Legal to Use a VPN in China?

Using a VPN in China is illegal unless it is government approved. This has been the case since 2018, when the government banned VPNs which don’t conform to their censorship regulations. If you get caught using an unauthorized VPN in China, you could face fines of up to $2,200.

You may instead use a government-approved VPN, but it won’t offer any protection against mass surveillance or allow you to circumvent censorship.

The best solution is to use a VPN like ExpressVPN, Astrill, or VPN.ac, which we’ll discuss in the next section. These services are so good at bypassing censorship that there is very little chance you’ll get caught.

Learn more about VPN laws in our Are VPNs Legal? guide.

The Best Alternatives to Freedome VPN

Here are some trustworthy VPN services that do work in China:

Astrill is currently the best VPN to use in China. It uses a ‘stealth’ VPN protocol to effectively bypass the Great Firewall and offers a collection of ‘SuperCharged’ servers specifically optimized to deliver fast speeds to users within China.

It just beats out our second-placed ExpressVPN, but Astrill does have some minor drawbacks. It’s one of the more pricey VPN services, costing $10.00 per month if you sign up for a full year. There’s no refunds, either, so you need to be sure it’s the right service before you buy.

Astrill’s logging policy is also not as privacy-friendly as it could be. That said, the VPN is designed to beat internet censorship and it does that very well. Find out more about Astrill in our complete review. 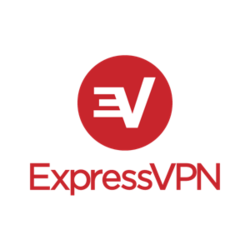 Simply put, ExpressVPN is the best service money can buy and it works well in China, too. Based on our most recent tests, the VPN consistently unblocks restricted websites and online services from behind the Great Firewall using its proprietary obfuscation tools and huge 3,000 server network.

You can count on ExpressVPN to protect your privacy and grant you the internet freedom you’d enjoy elsewhere in the world. It’s a leading VPN when it comes to streaming and torrenting, although you should be aware that connection speeds tend to be much slower in China.

You can even try ExpressVPN for free with its 30-day money-back guarantee. Read our full ExpressVPN review to learn more.

VPN.ac offers servers in both Europe and North America that are specifically optimized for users in China. The service even makes a point of regularly updating its China status page and improving the service to ensure users in China continue to have a reliable way to access the global internet.

VPN.ac uses specialized obfuscation technology – through the OpenVPN XOR encryption algorithm – to ensure your privacy and anonymity is protected. Though it does log some information, it’s still our third favorite VPN for China.

Check out our full VPN.ac review to learn more.

Freedome is a secure VPN that will protect your internet activity against threats from authorities, eavesdroppers, and malicious third parties. It provides AES-256 encryption, private DNS servers, IPV6 leak prevention, and a VPN kill switch. No matter where you’re connecting from, Freedome VPN’s robust security should ensure your connection is safe from hackers.

Though secure, the VPN isn’t good at protecting your privacy and anonymity. Its intrusive logging policy collects a lot of information about your browsing habits, including your IP address, the duration of your session, and your device’s ID. This makes Freedome unsuitable for torrenting and many other activities.

We’ve tested hundreds of VPNs and can safely say that a company does not need to log this much information to operate a successful service. Read our full Freedome VPN review to learn more.

What Is the Best VPN for China?

We recommend ExpressVPN as the best VPN for China. It offers excellent privacy and security features and provides a consistently reliable experience in China.

Thanks to powerful obfuscation, unbreakable encryption, and a built-in kill switch, ExpressVPN will keep you safe from government surveillance and allow you to use the internet freely in China.